A few days after the UN International Day of Happiness, TA telecom’s findings support happiness indices that put many African countries at the mid to lower ends of the emotions spectrum. A Gallup poll reveals that several Latin American countries topped the “Positive Experience Index scores,” while most Middle East and North African countries scored the lowest with Sudan and Tunisia falling way below the global mean. The Gallup findings are based on a five-question survey interview conducted in 143 countries.

Data went through a final stemming phase where words are rewritten into basic form.The process was applied on every single word in each tweet.The following example shows a sample tweet before and after stemming. Pre-filtered tweet: “My youngest little sister is the reason I will never give-up in life. #DoingItForTheFamily #HustlerzAmbition.”Post stemming phase tweet: “young little sister reason never give-up life.”

Tweets are further analyzed and classified into positive, neutral and negative using the Support Vector Machine (SVM). The number of tweets across the African countries analyzed varied greatly with Djibouti having the least tweets of 91, South Africa the highest at 344.6 thousand, Mozambique having the median at 1,519 tweets. The average number of tweets recorded stands at 17,000 tweets per country.

About 74 percent of the tweets analyzed in 50 African countries are negative, 10 percent are positive, and 16 percent are neutral. The only exception is Madagascar with more balanced sentiment ratings of 44 percent positive, 44 percent negative and 12 percent neutral tweets. The findings which sup

port that Madagascar is the happiest country on the Continent could be attributed to tweets generated by tourists visiting the world’s fourth largest island, located in the Indian Ocean off the southeastern coast of Africa.

The Science of Happiness

Years of research support that connecting with people is fundamental 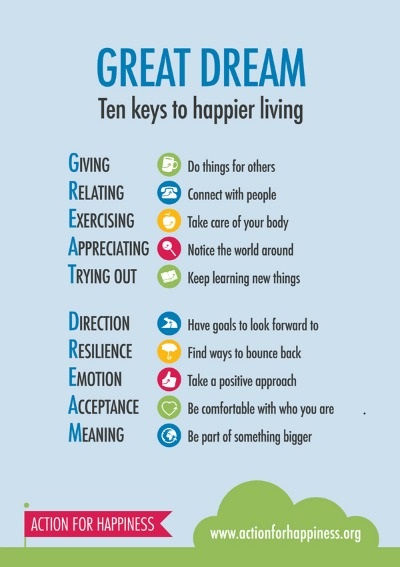 for happiness – a finding at odds with modern reality where people are getting more socially isolated.

Latest wellbeing research findings demonstrate that the key to happiness is within each person’s reach; summarized in the “Ten Keys to Happier Living,” developed by Action for Happiness.

“Social isolation is as potent a cause of early death as smoking; and the epidemic of loneliness is twice as deadly as obesity,” says the official International Day of Happiness Pack adding, “We could change this in a day if we all reached out and made at least one positive connection.”